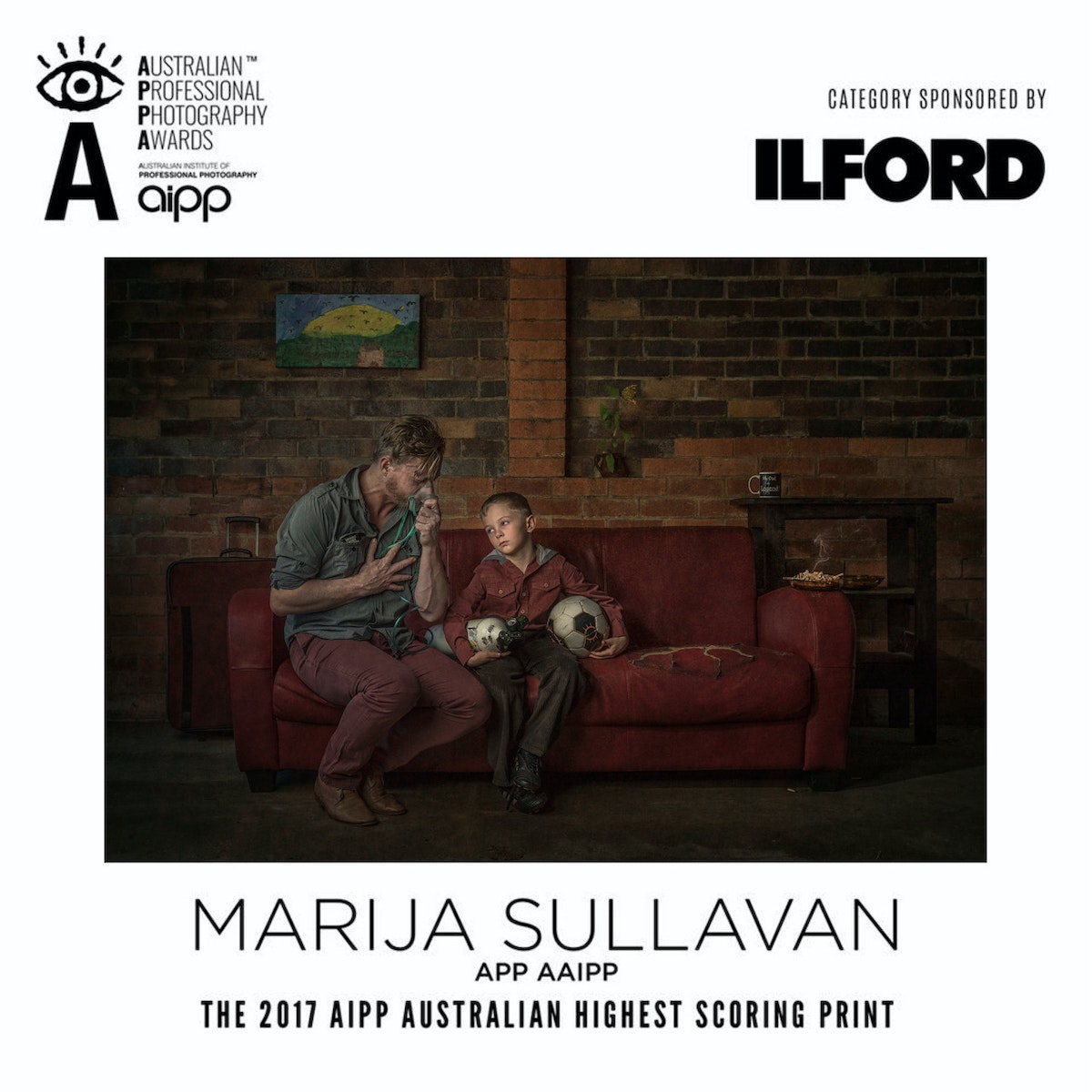 The 2017 Australian Professional Photography Awards (APPA) were held over the weekend. On Monday night, I had been watching a live stream of the APPA Gala Dinner on my phone. The gala dinner is a black tie event and is like the Academy Awards of the photographic industry! In front of a sold out audience of over 300 photographers it was announced that my image had won the "Highest Scoring Print" award. It was a 'dead-heat' between myself and one of Tania Malkin's beautiful aerial landscapes. We would have been presented the IlfordTrophy but neither of us were able to attend the dinner. It would have to be one of the most exciting moments of my life - almost as exciting as watching Jerry Ghionis champion my print from Gold to Gold Distinction! I have never cried and laughed this much ever!!! You have to be seeded at state level to enter the Australian Professional Photographic Awards. There were almost 2000 amazing images that were entered into the awards and amongst these people are the some of the best photographers in the world so I am a pretty happy girl at the moment!

My heartfelt thanks goes to the people behind me for this image. The awesome father and son team in the portrait features Wade and little Jaiden. They were so brilliant at acting out the expressions and poses and together brought my concept to life. My ever-supporting husband Greg who has been running around with me collecting old beat up couches, cigarette butts from local pubs and clubs (we used gloves of course!) and offering advice when it was needed. I also want to thank Mark Lutz who printed and matted the image for me and who always does exceptional work. 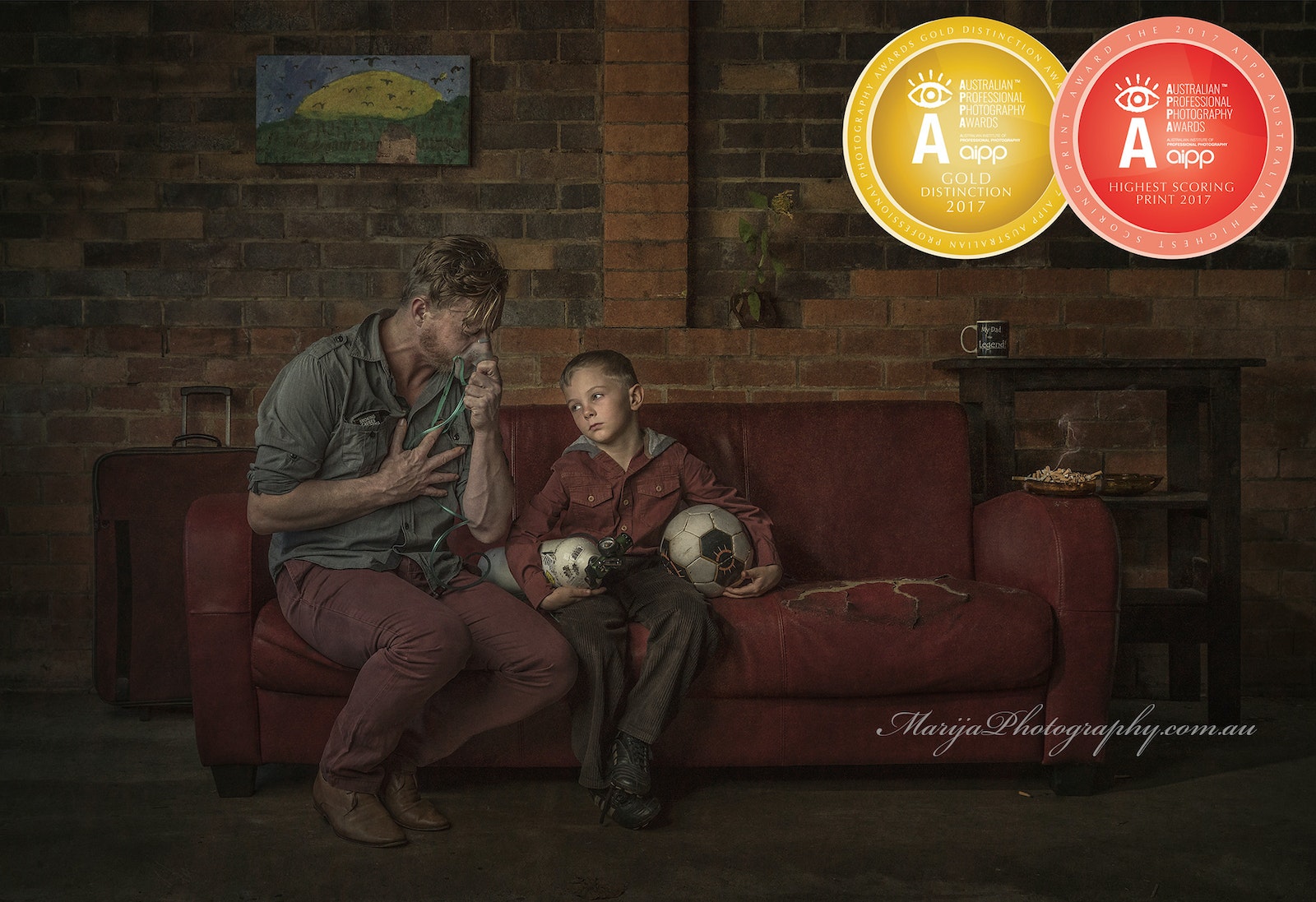 I was also thrilled to have received a Gold Award and 2 Silver Awards for the 3 other prints I entered. Watch this space for more stories and behind the scenes of my APPA 2017.....I might also blog about the dinner that got burnt while I was watching the live stream!!